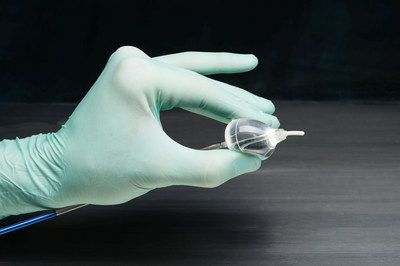 More than 33 million patients worldwide suffer from AFib, the most common type of cardiac rhythm disorder.1, 2 In Europe alone, it is estimated that the number of patients will rise to 14-17 million by 20303.

«Our clinical results using the HeartLight X3 System have been outstanding, with unprecedented treatment speed and precise lesion creation,» said Boris Schmidt, MD an investigator in the pivotal confirmatory trial at Cardioangiologisches Centrum Bethanien in Frankfurt, Germany. «Based on our experience with the device, we feel confident that the HeartLight X3 System is poised to change the way AFib ablation is performed in Europe.»

In the pivotal confirmatory evaluation of 60 patients, the HeartLight X3 System consistently achieved very rapid PVI, in as few as three minutes for a single vein. The trial also found that the System has the potential to complete all required ablations in less than 20 minutes.

«We are eager to begin the commercialization of the breakthrough HeartLight X3 System in the European market,» said Burke T. Barrett, President and Chief Operating Officer at CardioFocus. «In partnership with our physician users, we are committed to continued innovation and delivering the best treatment modalities in the AFib ablation space.»

About CardioFocus, Inc.
CardioFocus is a medical device innovator and manufacturer dedicated to advancing ablation treatment for cardiac disorders such as atrial fibrillation (AFib), the most common heart arrhythmia.  The company’s FDA-approved HeartLight Endoscopic Ablation System has successfully treated more than 6,000 patients in the United States, Europe and Japan. The HeartLight System is a revolutionary catheter ablation technology that along with direct visualization and titratable laser energy, represents a new standard for AFib ablation. CardioFocus is headquartered in Marlborough, MA. For more information, visit www.CardioFocus.com.