Optimists Rule: 79% Of Small Business Owners Say No Recession Until Spring 2020 Or Later

BOSTON, Oct. 9, 2019 /PRNewswire/ — Despite dire predictions from economists of a looming recession, most small business owners remain optimistic, according to Alignable.com, the largest small business network with 4 million+ members. 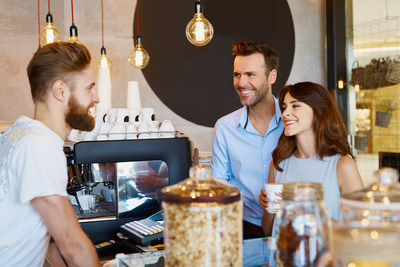 Most Alignable members polled in a series of Alignable New Voice Of Small Business Surveys predict a recession is at least six months to a year or more away.

Meanwhile, many are redoubling their efforts to earn as much as possible during this still-strong economy. In all, 16,000+ small business owners participated in the polls. Here are the top trends that emerged:

«It’s encouraging to see the majority of our members buck the fear-based predictions from national economists and Fortune 500 CFOs,» said Alignable’s CEO and Co-founder Eric Groves. «Our experts are in the trenches, making hay while the sun shines, taking on second jobs to drive more income now. That pioneering spirit has fueled our economy for centuries and it’s alive and well with small business owners today.»

Banner Year Expected For Some

A wide variety of small business owners across several industries expect to experience record-breaking sales by the end of the year.

Vape store owners are experiencing the biggest struggles, expecting sales to plummet by 50 percent or more, given recent bans and negative press around vaping.

Hot Spots Where The Local Business Community Is Thriving

In terms of geography, Quebec, British Columbia, Ontario, New Brunswick, and Newfoundland & Labrador have the highest number of Canadian economic optimists based on Alignable’s polls. Most businesspeople from these provinces anticipate sales boosts of 20% to more than 50% by the end of 2019.

The only U.S. states or territories that showed significantly less economic enthusiasm include storm-ravaged Puerto Rico and the U.S. Virgin Islands, as well as agricultural hubs including Iowa and Nebraska.

«Despite the optimism in these surveys, some of our members are having a difficult time with the current economy, and those small business owners actually believe we’re already in a recession,» added Alignable’s President and Co-founder Venkat Krishnamurthy. «Yes, they’re in the minority, but the diverging opinions we’ve noticed in some members’ comments mean we should watch holiday season 2019 very closely to see if the optimism holds or if more people start thinking that a major slowdown is imminent.»

For more details about these surveys, please contact Chuck Casto at chuck@alignable.com.

About Alignable
Alignable.com is the largest online network of small business owners with over 4 million members across 30,000+ communities in North America. Members use Alignable to make meaningful connections, generate customer referrals, promote events, find trusted vendors, and exchange expertise in a popular Q&A Forum. The company also has established the Alignable Trust Index, which has over 70,000 ratings and reviews across 100 national SMB brands, showcasing the brands most recommended from one small business to another.