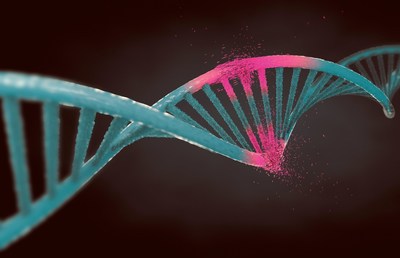 «Including China, we have received seven crucial patents for our foundational CRISPR technology, which defines an exciting new path for medical research and treatments for some of the toughest medical conditions, including cancer, hereditary and rare diseases,» said Udit Batra, CEO, MilliporeSigma. «We are actively licensing our integration patents for therapeutic use, basic science research and agricultural biotechnology.»

MilliporeSigma, which has a 13-year history in the genome-editing field, has related patent filings for its insertion CRISPR method in the U.S., Brazil, India and Japan. The company already has had similar key patents granted in Australia, Canada, Europe, Israel, Singapore and South Korea.

This forthcoming patent in China covers chromosomal integration, or cutting of the chromosomal sequence of eukaryotic cells (such as mammalian and plant cells) and insertion of an external or donor DNA sequence into those cells using CRISPR. Scientists can replace a disease-associated mutation with a beneficial or functional sequence — a method important for creating disease models and gene therapy. Additionally, the method can be used to insert transgenes that label endogenous proteins for visual tracking within cells.

CRISPR genome-editing technology, which allows the precise modification of chromosomes in living cells, is advancing treatment options for a variety of medical conditions. CRISPR applications are far-ranging — from identifying genes associated with cancer and rare diseases to reversing mutations that cause blindness.

As a company that has been highly involved in genome-editing innovation, MilliporeSigma recognizes that genome-editing has resulted in major positive advancements in biological research and medicine.  At the same time, the growing potential of gene-editing technologies has opened scientific, legal and societal concerns. As both a user and supplier of gene-editing technology, MilliporeSigma supports research with genome editing under careful consideration of ethical and legal standards. MilliporeSigma’s parent company, Merck KGaA, Darmstadt, Germany, has established a Bioethics Advisory Panel to provide guidance for research in which its businesses are involved, including research on or using genome editing, and has defined a clear operational position taking into account scientific and societal issues while not blocking any promising therapeutic approaches for use in research and applications.

MilliporeSigma has made significant contributions to the genome-editing field. It was the first company to offer custom biomolecules for genome editing globally (TargeTron™ RNA-guided group II introns and CompoZr™ zinc finger nucleases), driving adoption of these techniques by researchers all over the world. MilliporeSigma was also the first company to manufacture arrayed CRISPR libraries covering the entire human genome, accelerating cures for diseases by allowing scientists to explore more questions about root causes.

For more information on the company’s work in the genome-editing field, visit https://www.emdgroup.com/en/stories/350-anniversary-its-all-in-the-genes.html and http://ar.emdgroup.com/2017/magazine/new-ways-of-identifying-disease.

All Merck KGaA, Darmstadt, Germany news releases are distributed by email at the same time they become available on the EMD Group website. In case you are a resident of the U.S. or Canada please go to www.emdgroup.com/subscribe to register again for your online subscription of this service as our newly introduced geo-targeting requires new links in the email. You may later change your selection or discontinue this service.

Merck KGaA, Darmstadt, Germany is a leading company for innovative and top-quality high-tech products in healthcare, life science and performance materials. The company has five businesses – Biopharmaceuticals, Consumer Health, Allergopharma, Life Science and Performance Materials – and generated sales of €15.3 billion in 2017. Almost 53,000 employees work in 66 countries to improve the quality of life for patients, to foster the success of customers and to help meet global challenges.

Merck KGaA, Darmstadt, Germany is the world’s oldest pharmaceutical and chemical company – since 1668, the company has stood for innovation, business success and responsible entrepreneurship. Holding an approximately 70 percent interest, the founding family remains the majority owner of the company to this day. The company holds the global rights to the name and the trademark «Merck» internationally except for the United States and Canada, where the company operates as EMD Serono, MilliporeSigma and EMD Performance Materials.